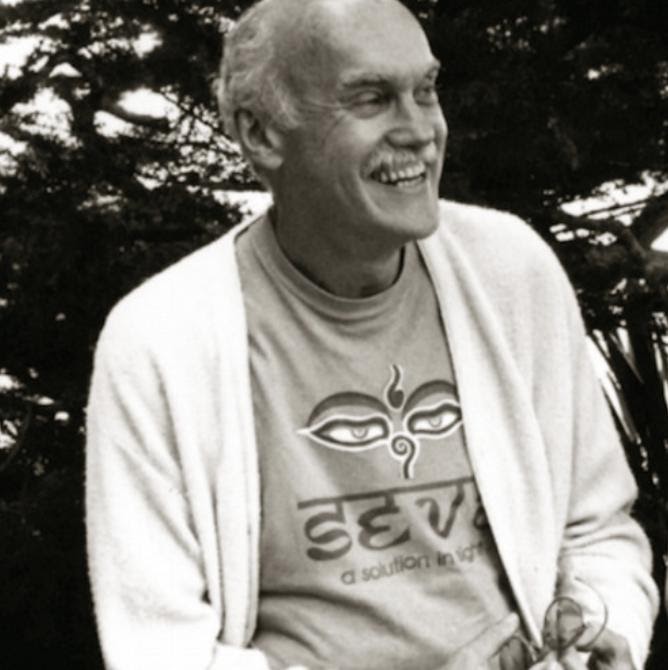 Cancel
Thank you! Your submission has been received!
Oops! Something went wrong while submitting the form.

A Voices of Esalen Archive Edition: Ram Dass speaks at the Esalen Institute on October 18th, 1987. Ram Dass was born Richard Alpert in 1931. ⁠Initially famous for being part of the Timothy Leary-led LSD revolution at Harvard in the early 1960’s, he was also well known for his book "Be Here Now," a kind of illustrated counter-cultural Bible written in 1971 which drew upon many of the transformative experiences he'd undergone during his spiritual travels in India. ⁠⠀ Ram Dass was also known for his kindness, his leadership, and the inventive foundations he started: notably, the SEVA foundation, which he speaks about in depth in this lecture - it was created in 1978 with the intention of helping to alleviate blindness in India, Nepal, and other developing countries. He also created the Dying project in 1986, aligned around the concept of a conscious shifting into another realm. ⁠⠀ ⁠⠀ He was an important speaker and teacher at Esalen, famous for his ability to speak extemporaneously with great wisdom, humor and compassion. ⁠⠀ In 2013, Ram Dass released a memoir, Polishing the Mirror: How to Live from Your Spiritual Heart. In an interview about the book, he said, "Now, I’m in my 80s ... Now, I am aging. I am approaching death. I’m getting closer to the end. Now, I really am ready to face the music all around me." ⁠Ram Dass died December 22nd, 2019, leaving a kind, wild, compassionate, and fruitful legacy.

Jeff Kripal on the Cultural History of the Esalen Institute
MP3

Ashanti Branch: Behind the Mask
MP3

Ann Randolph on Speaking the Unspeakable, and Being Inappropriate In All the Right Ways
MP3

Johnsmith: The Song Inside
MP3