The Three Pillars of Asian Wisdom 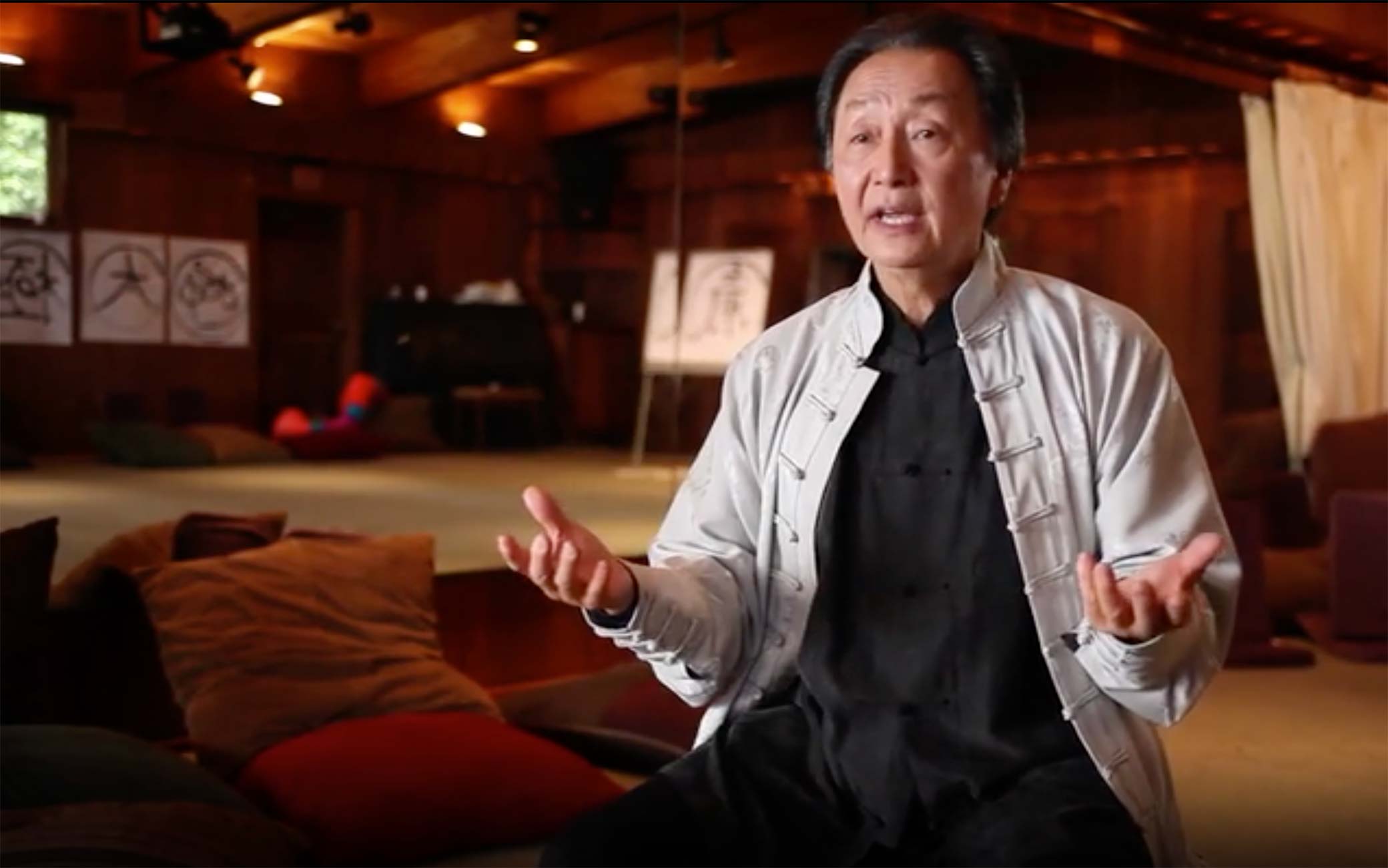 Cancel
Thank you! Your submission has been received!
Oops! Something went wrong while submitting the form.

[00:00:02]
AL CHUNGLIANG HUANG: I think at this moment in this room we call Huxley, um, in fact when Alan Watts and I were teaching here this room was built in fact I think we did one of the first lectures seminars in this room the two of us before he went on his European tour. In fact, it was this last time he was here, um, this brings backs a lot of history and memory um, and to be able to return year after year and this environment watching this place continues to evolve and grow highs and watching the people come and go and in this a certain continuity and, and which I feel very attached to, involved in %HESITATION so feel very blessed to be part of this legacy.

[00:00:50]
INTERVIEWER: You mentioned Alan and and I think Alan was %HESITATION in my understanding really seminal figure in your own development.

[00:00:58]
INTERVIEWER: Because he kind of held a mirror up to you in some way. Could you talk a little bit about what Alan brought forth from you?

[00:01:05]
AL CHUNGLIANG HUANG: I must give Alan the real honor and and %HESITATION the debt of bringing me to Esalen because at that time I was a academic, I was a professor at the University of California, Los Angeles. I was involved in arts and culture and I didn't really know that much about the so called new age movement human potential movement. Alan found me just by chance and %HESITATION we, I went to one of his seminars so a mutual student and then we just clicked and Alan recognizing me that what he's missing in him and I recognize what's missing in me and I was so impressed with his understanding his capacity to talk about the Asian philosophy with such clarity and with the language which I was not able to

[00:01:53]
AL CHUNGLIANG HUANG: %HESITATION express properly but I was a dancer I was expressive. I have my body language and Alan recognized that and he brought me to Esalen. In fact the first time I came to Esalen was when he was teaching here as his guest that same evening I talked with him that was the beginning of my returning to Esalen to become official teacher here this nearly five decades.

[00:02:18]
INTERVIEWER: And Alan as this Episcopal priest really looking looking to to the east and to your traditions as as a grounding is as a balance, um and then you were from this other tradition [That's right.] fleeing to the east, you refer to it as your journey west.

[00:02:39]
AL CHUNGLIANG HUANG: My noble journey west and Alan's been searching for his slow boat east and we somehow found each other. Yeah Alan did the introduction from my very first book. He helped me to trust myself to write, in fact the last seminar review in this room Huxley he wrote the introduction for my first book "Embrace Tiger, Return to Mountain" and to talk about the east and west surely surely meet for him. It's important for him this works for me %HESITATION he was the kind of person I often talk about the Caucasians more Chinese and my Chinese friends, yeah because they they have the Chinese Asian soul in them people like him and John Blofeld, Houston Smith also part of the Esalen history and at the wonder-wonderful story so touching Alan told me was he's, "Oh! I have Chinese blood in me. When I was a child I had to have blood transfusion. The Chinese doctor gave me his blood so I have Chinese blood in me. I am Chinese! He's so proud of that Asian heritage even with this there's a little blood transfusion he wants to be in touch and he, we became friends because we have this crossing of the East West since this is the bridge crossing to find one another mutually supportive in that way.

[00:04:00]
INTERVIEWER: You have quite a history of collaborating with an array of different people um, what makes in your mind a good collaborator and what drives you to say at use your metaphor to dance with some of these folks?

[00:04:30]
AL CHUNGLIANG HUANG: But then I was tapped by people like Alan Watts, Joseph Campbell and they were already luminaries in the field we called the human potential movement. They were the scholars, they were already established. They were twice my age and I was so flattered in the beginning to be asked to collaborate at the same time being Chinese we were brought up to be respectable for elders. We also realizing so much we are learning from them so I was in the perfect position to be the student first humbly set by their feet to receive teaching and gradually by their support raise me up to their level to be to collaborator.

[00:05:13]
INTERVIEWER: And and they provoked you to re-examine your own traditions in a unique way what - talk a little bit about that?

[00:05:20]
AL CHUNGLIANG HUANG: Truly, I'm so grateful these are the people, Alan Watts, John Blofeld, Joseph Campbell, Houston Smith, Gregory Bateson all these wonderful people I had the privilege of collaborating. Always my elder. What they showed me was, trust your own culture. I was trying to be a westerner. I want to live in America. I couldn't go back to China then. I want to be westernized so I can adapt, adopt this country so I was leaving my heritage behind thinking well I've got it but I don't need to use that I can use it I need to be more westernized.

[00:05:57]
AL CHUNGLIANG HUANG: They warned me, they said, "Well, you are in the best position now, use your heritage to balance your new adaptation, adoption of the western life. You have the balance most of us westerners are reaching for that balance. You can support us you can help me," Alan Watts said, "Because my , I am so facile with my English language. I write beautifully, I talked to beautifully, sometimes I believe I know it all intellectually, he says, "by working with you as a collaborator, I watch your body language, I watch the way you express yourself not depending on the language but with different dimensions, from your movement, from your awareness of spiritual dimension, emotional dimension, humanly earthly through the dance you're conveying much more fully, more holistically and what I can do only by mere words.

Talk in Huxley About a Joint Program
DVD

The Metaphysics of the Museum; Beauty as an Altered State of Consciousness
MP4
Self/Society - The Science, Art and Craft of Re-Storying the World (Part 2)

Whales Through the Season